Suspect who fired the gun is in custody and being interviewed

It is now unclear, after further investigation by the Clark County Sheriff’s Office, whether the suspect actually fired the weapon on campus, if at all.

There has been no further comment by the Evergreen Public Schools with regard to the possible student status of the young male suspect.

VANCOUVER — Heritage High School is out of lock down this afternoon, after one shot was fired on the outskirts of the premises.

Members of the Clark County Sheriff’s Department are still present, but students have been allowed to exit the campus and be picked up by parents or depart on buses.

The individual who fired the gun is now in custody, according to Commander Duncan Hoss, with the Clark County Sheriff’s Office. Whether or not the suspect is a student, has not been made known at this time, but it has been confirmed that the suspect was not in attendance at Heritage today.

“The subject who discharged the firearm was known to the people that reported it,” Hoss said. “They have that information to the deputies. We immediately scrambled all the resources we had in the area.”

Initial reports indicated the suspect had left the school, and the school was put on lockdown. No one was injured, and the suspect is assumed to have fired the gun into the ground, Hoss said.

In addition to Heritage, three elementary schools and one middle school in the area were also put on modified lockdown, according to Gail Spolar, of communications and community engagement for Evergreen Public Schools. 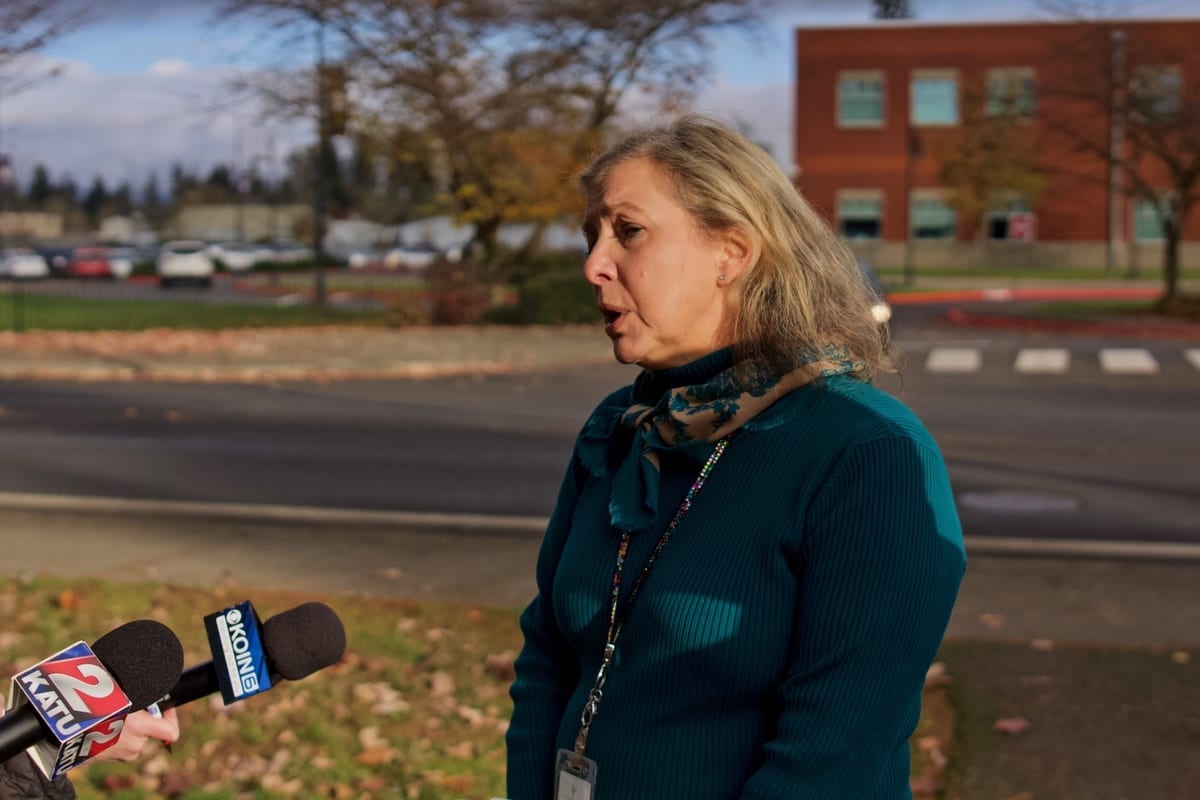 Spolar said that students in the Evergreen School District practice and are familiar with a wide variety of drills, including active shooter scenarios.

“The kids know what to do,” she said.

Below is a letter from the principal of Heritage to families and community members:

I want to make you aware of a lockout incident at our school today.

Our campus was temporarily placed in lockout by the Clark County Sheriff’s Office due to a report of an incident in the area.

The lockout was in place for about 45 minutes and was lifted as soon as we were given clearance by law enforcement.

Our students were safe and never in danger. The lockout was a precautionary measure by our local law enforcement and school personnel.

Please know we take these situations very seriously, and the safety of our students is always our top priority.

This report will be updated as more information becomes available.