YACOLT — Three new members of the Yacolt Town Council were sworn in prior to the regular town council meeting on Mon., Dec. 4, beginning their terms after being elected in November. 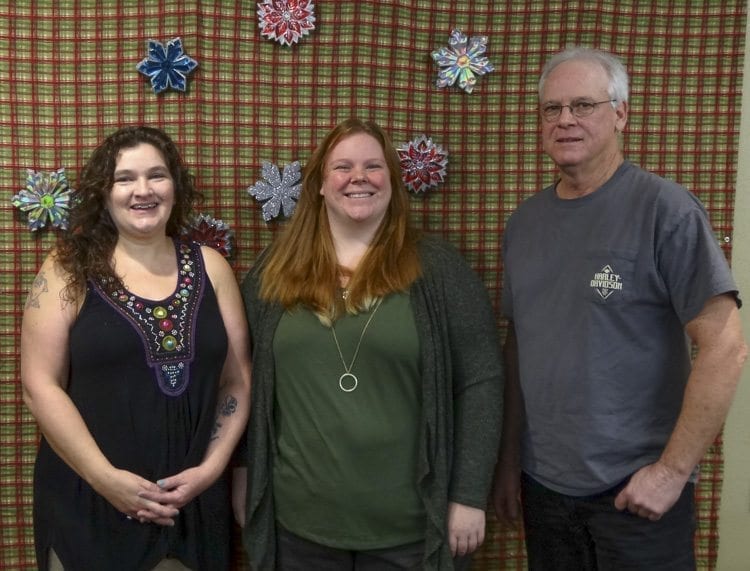 In discussions with Clark County Today, the new council members outlined their goals for their new positions in Yacolt.

Boget said that she and her family moved to Yacolt several years ago with the intent of making it the place she would raise her family and live the rest of her life. With this long-term commitment in mind, Boget said that she ran for the town council because she wanted to help make Yacolt “a place that I am proud to live in.”

Boget has served as the arts commissioner for Yacolt for approximately a year and a half, and has been a stay at home mother for many years. She characterizes herself as “just a normal person.”

When deciding to run, Boget said that she felt that the current town council did not reflect her demographics or beliefs. She explained that in her view, the council was composed of “my parents and grandparents,” and had seemed to have forgotten that there may be differences of opinion among Yacolt residents.

“We seemed to have some very traditional values, some very generational differences,” Boget said.

Boget said that she has an “eclectic background,” and wants to be open to conversations in her new position, even if she does not agree with an opinion.

“My biggest hope is just to make certain that I don’t close myself off to opinions or the needs of people around me,” Boget said.

Noble has been a Yacolt resident since 1975. He said that he decided to run for the council position to be more active in the leadership of the Yacolt community.

He explained that he did not agree with some policies and trends in the community, and “I just wanted to get more active.”

“Rather than complain,” Noble said, he wanted to “get involved.”

The current term is not the first time Noble has served in an elected capacity. In the 1980s, Noble said he served as a town council member for Yacolt.

According to Noble, he has communication skills to help facilitate dialogue on the council and among residents, and “living in the town and seeing the changes that have happened over the years” helps to provide perspective to his new role as town council member.

One of Noble’s primary goals as a newly elected town council member is to manage the growth of the town of Yacolt. He said he wants to “keep it a small town that has that small country feel to it.”

Noble said that his long term goal is to be elected mayor of Yacolt.

Current interim Mayor Vince Myers assumed the role in August, after former Mayor Jeff Carothers resigned over the summer, citing health issues. Myers’ term expires in 2019, and will come up for election in 2018.

Noble said that he “absolutely” will be running for the mayor position when the position is open.

“I think I’ve got the communication skills and the backing of the people to possibly get them involved in the community’s decisions,” Noble explained.

The third newly elected town council member, Malita Moseley, could not be reached for comment at the time of publication.