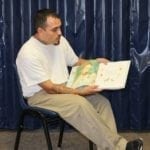 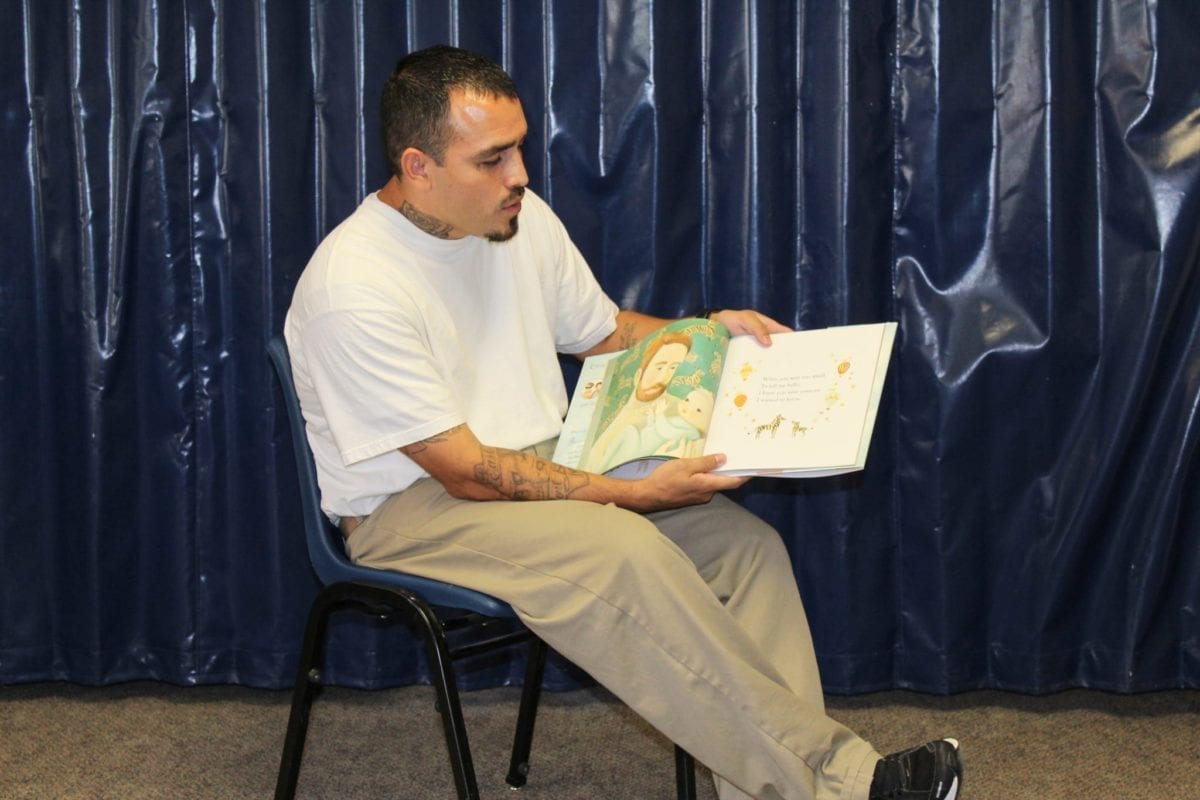 Inmates at Larch can read to their kids every day

YACOLT — Thirty-four-year-old Carlos Martinez looks at the lense of a camera that is recording him as he reads the words of “The Wonderful Things You Will Be,” a children’s book by Emily Winfield Martin. Martinez sits in a room at Larch Corrections Center in Yacolt and reads the entire book out loud, looking into the lens of the camera after every page.

To any outsider, it may look like Martinez, an inmate at Larch, is just simply reading the short children’s book to the camera. From his point of view, however, Martinez is reading the book to his 2-year-old daughter Abigail.

“This is a great thing for our kids,” Martinez said, referring to being able to read books to his daughter via video recording. “It lets them know we still care about them, even though we can’t be there with them all the time.”

Martinez, who is from the Yakima area, is just one of about 30 inmates at Larch who participate each quarter in the facility’s Read to Me Daddy program. Nancy Simmons, Community Partnership Program coordinator at Larch, said they have offered the Read to Me program to inmates at the prison for about 10 years. Simmons said it is done at many of the prisons around the state.

“We want the dads to help promote literacy with their children and it gives them an opportunity to connect with them even when they can’t physically be with them,” Simmons said.

In order to participate in the Read to Me program, inmates must be 90-days serious infraction free. They can then participate every quarter, although Simmons said they would do it more often if they had the funds to. A participating inmate chooses a book or two from a selection at the facility and then takes it back to their room with them to practice reading out loud.

“We encourage them to be a bit theatrical and use a variety of voices to make the story interesting,” Simmons said. “An inmate clerk will tape them and then I review the taping before it is sent out (to the family).”

Along with the taping of their dad reading them a book, the children of the participating inmates also receive their own copy of the book so they can read along while watching their dad read. Simmons said they also allow inmates who are grandpas to read books to their grandchildren if they want to.

Martinez said he has participated in the Read to Me program the last few times it has been offered, and said that his daughter loves watching the recordings every night before she goes to bed.

“Her mom told me she’s so happy watching it every night, she told me ‘she thinks you can see her right now while you’re reading her the book,’” Martinez said.

On the day that Martinez chose to read “The Wonderful Things You Will Be” to his daughter, he said he chose this book specifically for her because he knows she’s going to be wonderful and do wonderful things.

Simmons said this program is a great way for the inmates to connect with their children.

“I’ve had inmates go through the whole bedtime procedure, like ‘get your pajamas on so we can read this book’ and at the end remind them to brush their teeth and say their prayers,” Simmons said. “The kids love it and watch it over and over. The inmates can get a bit choked up reading the books, so sometimes it takes a few times to get it done.”

Funding for the Read to Me Daddy program comes from the Offender Betterment Fund, which is revenue from vending machines in visiting and family phone calls.

Martinez, who was incarcerated for drug-related crimes, has been an inmate at Larch Corrections Center for just more than a year. In April of next year, he will be eligible to move on to the six-month work release program. During his time at Larch, Martinez has participated in and completed many of the programs offered at the facility, including the GED program, Thinking for Change (a cognitive behavioral intervention program), the Automotive Service program and more.

This is Martinez’s sixth time being incarcerated, and he said he is definitely ready for it to be his last.

“I’ve been infraction free for two years,” Martinez said. “Where I see myself this time, I know how much I can accomplish. I’ve humbled myself so much. So many people tell me they’re proud of me and how far I’ve come.”

After an inmate is done reading their chosen book to their son or daughter, they are able to use the end of their time to say a special message to their child. After finishing “The Wonderful Things You Will Be,” Martinez focused his attention back on the camera lense, telling Abigail: “Daddy loves you. Brush your teeth and say your prayers. I love you guys.”