VANCOUVER — The Evergreen School Board voted tonight to accept the resignation agreement of Superintendent John Steach at its Board of Directors meeting. 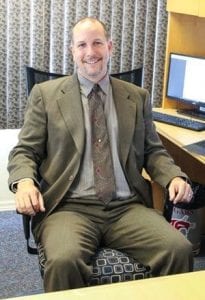 Steach, in submitting his resignation also wrote: “I recently met with the Board Chair and Vice Chair to discuss stepping down from my position as Superintendent.  I have appreciated my time in Evergreen and with the recent passage of both levies, wish Evergreen the best and look forward to its future growth.  I ask that you will respect my privacy and understand my desire to not discuss the reasons for my personal decision.”

The board, in a special meeting yesterday, indicated Steach’s resignation was imminent, and per board policy, appointed Evergreen’s Chief Operating Officer Mike Merlino as interim superintendent.

Evergreen Public Schools, with 25,000 students and 3,300 staff members, is the sixth largest school district in the state, and the third largest employer in Clark County.