VANCOUVER — Clark County Elections officials say a little more than half of the county’s eligible voters have already dropped off their ballots ahead of Election Day on Tue., Nov. 8.

“We’ve had a 50.69 percent turnout so far,” said Clark County Elections Director Cathie Garber. “It’s hard to know if everyone is waiting until tomorrow (Election Day).”

And those numbers are expected to be even higher once officials count the ballots they’ve collected from drop boxes around the county this afternoon and verify the signatures. 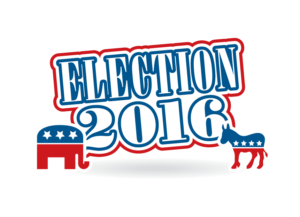 With media outlets throughout the Portland metro area announcing that it’s too late to mail ballots in Oregon, Garber said elections officials in Clark County believe local voters may have thought that applied to them, too.

“The media have been telling people to drop (ballots) in a drop site and that it’s too late to mail them,” Garber said. “But that is for Oregon and a lot of people hear that and think it’s the same for us.”

In Washington State, voters can still mail their ballots on Election Day.

If you want your ballot to be counted on Election Day, however, your best best is to drop it at the Clark County Elections Office, 1408 Franklin St., Vancouver, between 7 a.m. and 8 p.m. on Election Day, Tue., Nov. 8.

Another option is to drop your ballot in one of the five, drive-up ballot drop boxes available for 24 hours a day through Election Day:

Finally, elections workers will be available to take your ballot by hand from 7 a.m. to 8 p.m. on Election Day, Tue., Nov. 8, at more than 30 different locations throughout Clark County, including many schools and community centers in rural areas.

Where can you get up-to-the-minute local and national results on Election Night? You have a few options. You can, of course, count on clarkcountytoday.com to bring you local results after they start coming in around 8 p.m., Tue., Nov. 8, and we’ll have reporters covering a few of the local Election Night parties, so you can find out what other Clark County voters are talking about as national, statewide and local results start to come in.

Clark/Vancouver Television is the local government, non-commercial cable access channel operated and funded by the City of Vancouver and Clark County, Washington.

If you’re feeling social on Election Night and want to celebrate with other like-minded voters, why not head out to one of the Election Night parties happening in Clark County?