VANCOUVER — On Thu., June 21, Clark College will honor its 82nd graduating class at the 2018 Clark College Commencement ceremony. The ceremony will take place at 6:30 p.m. at the Sunlight Supply Amphitheater. The keynote speaker is actor Charity Tilleman-Dick. 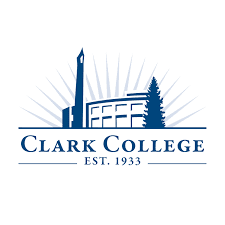 More than 700 students are expected to participate in the ceremony, celebrating the completion of their bachelor’s degree, associate degree, certificate, and/or high school diploma or equivalency.

The ceremony also will include the announcement of 2017-2018 Community College President’s Award. This annual scholarship is given to a Clark College graduate who is transferring to a degree program at Washington State University Vancouver (WSUV) and who demonstrated leadership potential, a commitment to community service, and academic achievement. The scholarship award provides full-time tuition and is renewable for one additional year, essentially providing full tuition to complete a bachelor’s degree.

The Sunlight Supply Amphitheater is located at 17200 NE Delfel Road in Ridgefield, Wash. Tickets are not required to attend. Anyone needing accommodation due to a disability in order to fully participate in this event should contact Clark College’s Disability Support Services Office at (360) 992-2314 or (360) 991-0901 (VP), prior to the event. For more information visit www.clark.edu/cc/commencement.

Charity Tillemann-Dick is an American-born soprano and top-selling classical recording artist. She is also a recipient of two double lung transplants.

Raised in Denver, Colorado, Tilleman-Dick received her bachelor’s degree from Regis University and later studied music at the Peabody Institute at Johns Hopkins University and the Franz Liszt Academy of Music in Budapest, Hungary, where she was a Fulbright Scholar.

Tilleman-Dick has performed across the United States, Europe, and Asia. She has collaborated and performed with noted conductors and musicians including Joela Jones, Marvin Hamlisch, Bono, and former Secretary of State Dr. Condoleeza Rice. In 2014, Charity released her debut album, American Grace, which reached No. 1 on the Traditional Classical charts on Billboard. Her memoir, The Encore, was published 2017.

Since receiving her transplant, Tilleman-Dick has shared her amazing story and vocal talents at numerous conferences and events around the country. She was named a 2005 Glamour Hero, and has been featured on NPR Weekend Edition, CBS This Morning, CNN, TED.com, The Huffington Post, The Washington Post, and BBC Radio. She has served as the national spokesperson for the Pulmonary Hypertension Association (PHA).

Tilleman-Dick currently resides with her husband in Washington, DC.

Located in Vancouver’s Central Park and serving more than 12,000 students per quarter, Clark College is Washington state’s second-largest single-campus, for-credit community college. The college currently offers classes at two satellite locations: one on the Washington State University Vancouver campus and one in the Columbia Tech Center in East Vancouver. Additionally, its Economic & Community Development program is housed in the Columbia Bank building in downtown Vancouver.

*See: Opinion: ‘We can only hope for better actions from our representatives in the future’