Applications are due by March 4. Applicants must be registered to vote and live in the district for which they are applying. 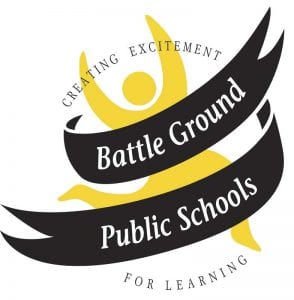 Both Nickels and Root announced their resignations at the district’s board meeting on Mon., Feb. 11. Root’s resignation is effective Feb. 26, while Nickels is resigning effective March 15. The board is looking to appoint two new directors to serve through the end of their terms, which expire November 2019. At that time, both director positions will be up for election in the 2019 primary and general elections.

School directors are elected, unpaid positions that serve four-year terms. More information about serving as a school director and the application process is on the Battle Ground Public Schools website: https://www.battlegroundps.org/school-board-vacancy/

Nickels, who has served on the board for eight years, has championed public education throughout her term by serving as the board’s legislative representative. She also served on the Board’s Audit and Tours committees, the Human Resources Committee, and as the board’s vice president.

Root also is resigning his position after serving for eight years on the board. He has served as the board’s president and vice president and on Audit and Tours committees, as well as a liaison between the board and the Battle Ground Education Foundation and a member of the Washington State School Directors’ Association Nominating Committee.

“Mavis and Ken have given a decade of their lives to supporting the students of our community,” said Battle Ground schools Superintendent Mark Ross. “We are forever grateful for their service.”

Interested persons should send a letter of interest, resume and list of three references with contact information (no later than March 4) to Sandy U’Ren, Administrative Assistant to the Superintendent and Board of Directors, Battle Ground Public Schools Board of Directors, P. O. Box 200, Battle Ground, WA  98604, or by e-mail to uren.sandy@battlegroundps.org. Applicants, please include your full name and physical address (including ZIP Code), and an email address and telephone number where you can be contacted during the day.

*Should a board member rescind his or her letter of resignation before the designated resignation date, the search for a new director will be terminated.

Spanning 273 square miles, Battle Ground Public Schools is one of the largest and most diverse geographic districts in the state serving a population of approximately 71,900 residents. The district supports more than 13,000 students in 18 schools, including six primary schools, six middle schools, one K-8 school, one 3-12 academy, two comprehensive high schools, one alternative high school, and one home school support program.