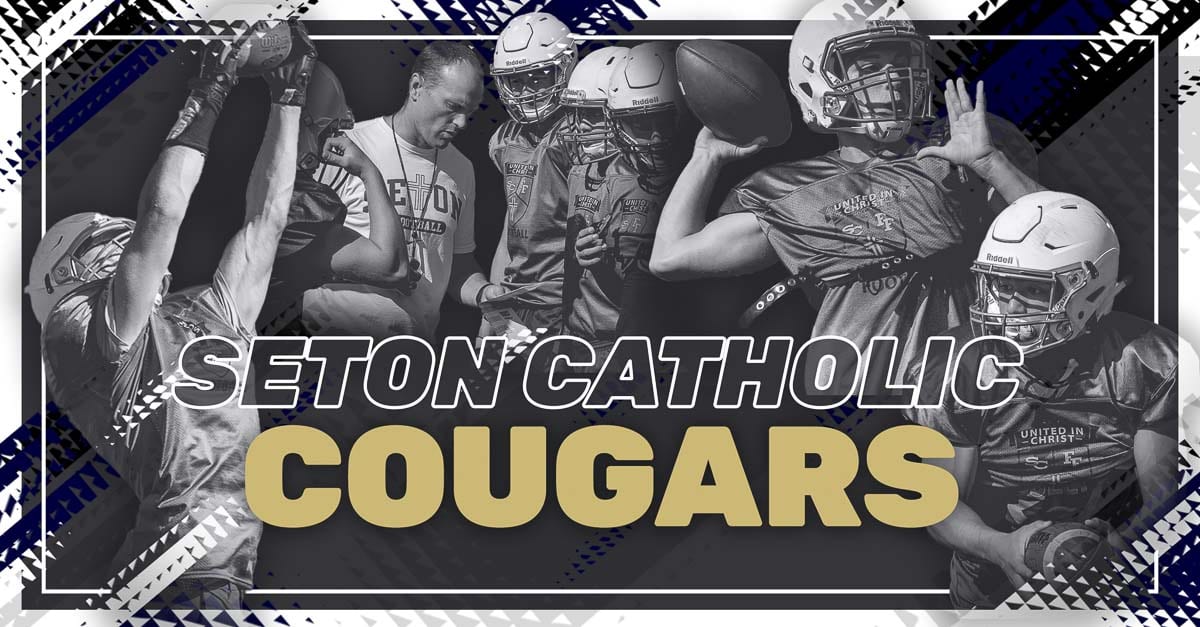 The life of a very small school playing “up” in a Class 1A league can be frustrating. Seton Catholic is playing in the Trico League again but will not play perennial power La Center. That will count as a loss in the Trico standings, but Seton is playing a non-league game that night instead. The program has less than 30 players, and about half of them are playing football for the first time. … If it sounds like Seton Catholic football is starting over, then they have the right guy in charge. Dan Chase returns as the head coach. He started the program earlier this decade. The Cougars played their first varsity season in 2012.

“I didn’t know how much I missed it until I started doing it again,” Chase said. “I forgot … how wonderful it is to coach the players at Seton Catholic. Everyone’s positive. Everyone gives 100 percent. They bring each other up. It’s fantastic.” 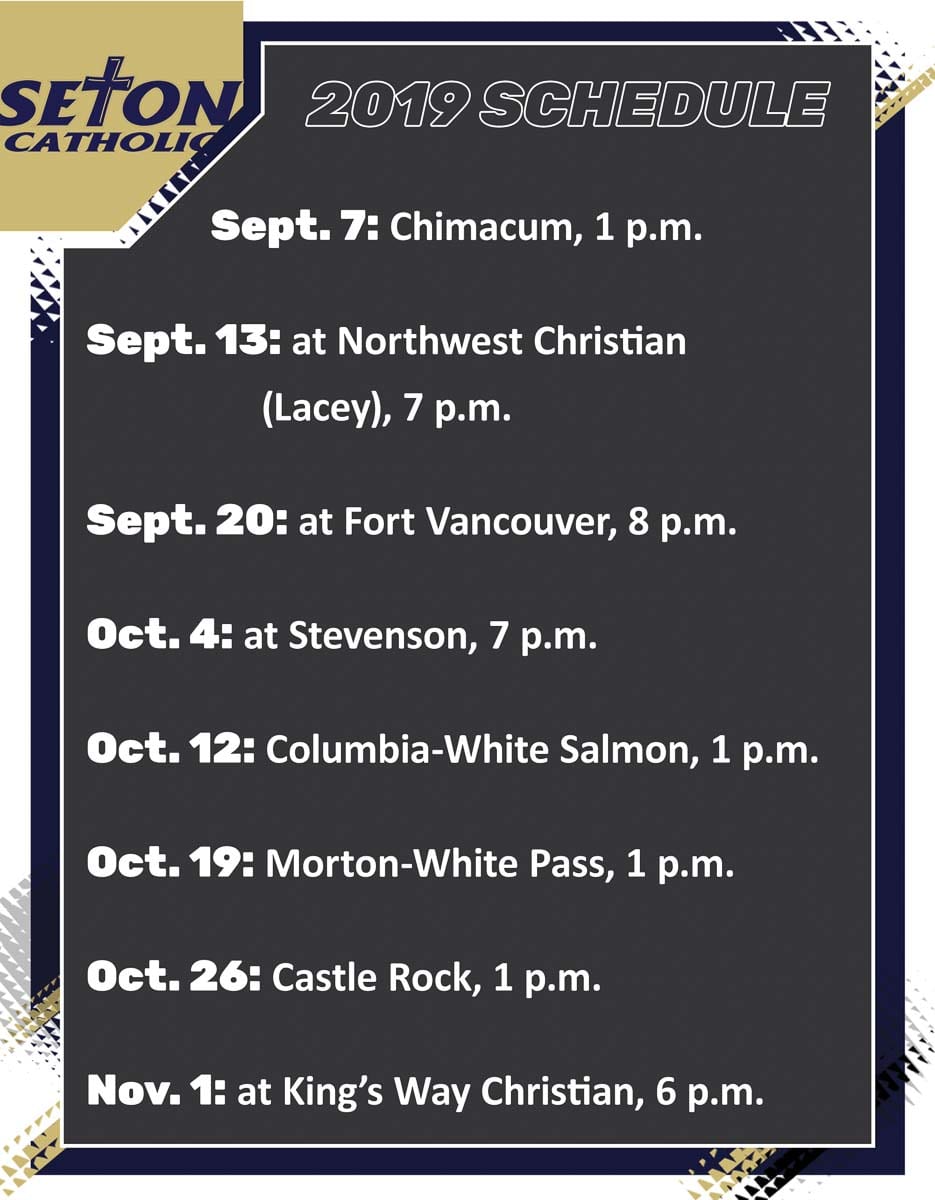 Make every day count for the players who are dedicating themselves to this challenging situation. Celebrate the seniors. And teach and honor the underclassmen in hopes they have a positive experience and come back next year — and bring their friends. A quality football program needs participation numbers. Seton Catholic football is hoping this is a step toward a better future.

Luke Pitzer stepped into the leadership role, beginning in the weight room.

Josh Harter, a lineman, came to 7-on-7 drills to snap. That’s dedication.

Lance Stuck was at every single event over the summer except for two-a-days, when he went to the Stanford football camp on his own. That is definitely considered an excused absence.

More than half of the team is new to football. So instead of going to a team camp, Seton Catholic made one for itself at Camp Howard in Corbett, Ore. The team stayed in cabins that were just a few yards from the practice field. Coach said when he blew his whistle, the echo would bounce off the trees. Just a great bonding experience, Chase said.

Lance Stuck. Coach said Stuck could go toe-to-toe with any receiver in the county. At 6-foot-1, he can sky for the ball. He has amazing hands and is the deep threat.

Luke Pitzer. A rock, the coach said. Steady. Consistent. Trustworthy. Those are some great descriptions for a quarterback.

Elijah Volk. The team’s top running back. Look for some big plays from him.

Isaac Washington. The team’s middle linebacker has a great awareness for the game. Also one of the best hitters Chase has ever coached.

Josh Harter. An athlete with a great work ethic. Perfect choice to lead the linemen. Look for Jaime Gutierrez to be a solid contributor, too.

At tight end, Griffin Young just passes the eyeball test. Big and strong. A quiet leader. Let’s his play do the talking.

“A lot of question marks,’’ Chase said. “Half our team is playing football for the first time. The other half are pretty accomplished, though. We’re going to see what happens. It could be a struggle.”

“I think we’re going to surprise some people.”

It’s got to be King’s Way Christian. The crowd really gets into that one. Plus it wraps up the season. “We have a good relationship, a good, healthy rivalry,” Chase said.