Suspects, ages 18 and 19, will each be charged with first-degree assault after vehicle is riddled with bullets; No injuries reported

VANCOUVER — The Vancouver Police Department has arrested three men after what it describes as a drive-by shooting that occurred Monday in the 3500 block of NE 109th Avenue in Vancouver. 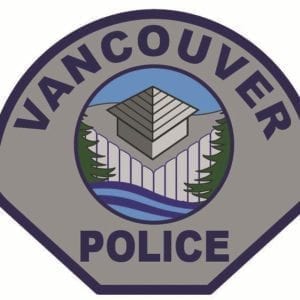 Damari T. Robins, 18; Rae’Shaun M. Bolds, 19; and Depree R. Smith, 19, were all arrested shortly after the incident, which was initially reported as a disturbance involving a gun at 4:15 p.m., according to a press release from the department.

“Witnesses reported that several males were fighting, shots had been fired and the suspects fled in a silver vehicle,” according to the Vancouver Police Department. “Arriving officers located shell casings and a vehicle with several bullet holes in it. No injuries were reported.”

A short time later, the vehicle was found in the 9600 block of NE 73rd Street.

After a response from Vancouver police and the Clark County Sheriff’s Office, including detectives from both East and West Vancouver Police Neighborhood Response Teams, the Safe Streets Task Force and the Southwest Washington Regional SWAT team, several individuals exited an apartment and were detained.

Searches of the home and vehicle resulted in the discovery of two firearms, according to police. Robins, Bolds and Smith are all facing a charge of first-degree assault, drive-by shooting. Smith also faces a charge of unlawful possession of a firearm.

“The investigation is continuing and there is nothing additional available for release at this time, the department said in a press release Wednesday morning.