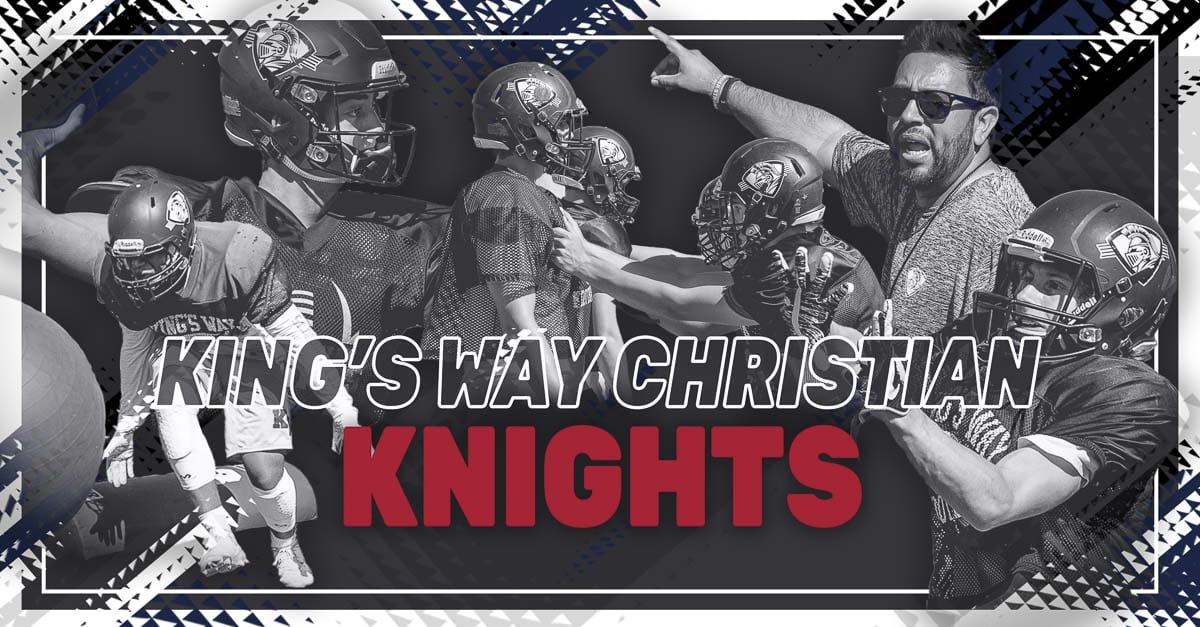 The team did not find any league wins a year ago, but this team is still a team, still a full member of the Trico League, and this program has a huge future. The symbol of that future: A new, covered stadium for their fans. The new stadium, financed by families of King’s Way Christian schools, is expected to be ready for this fall season (football and girls soccer.)

“The stadium is big-time,” Rodriguez said. “It’s been a big, big vibe on campus. We cannot wait for our first game to get people in those seats.” 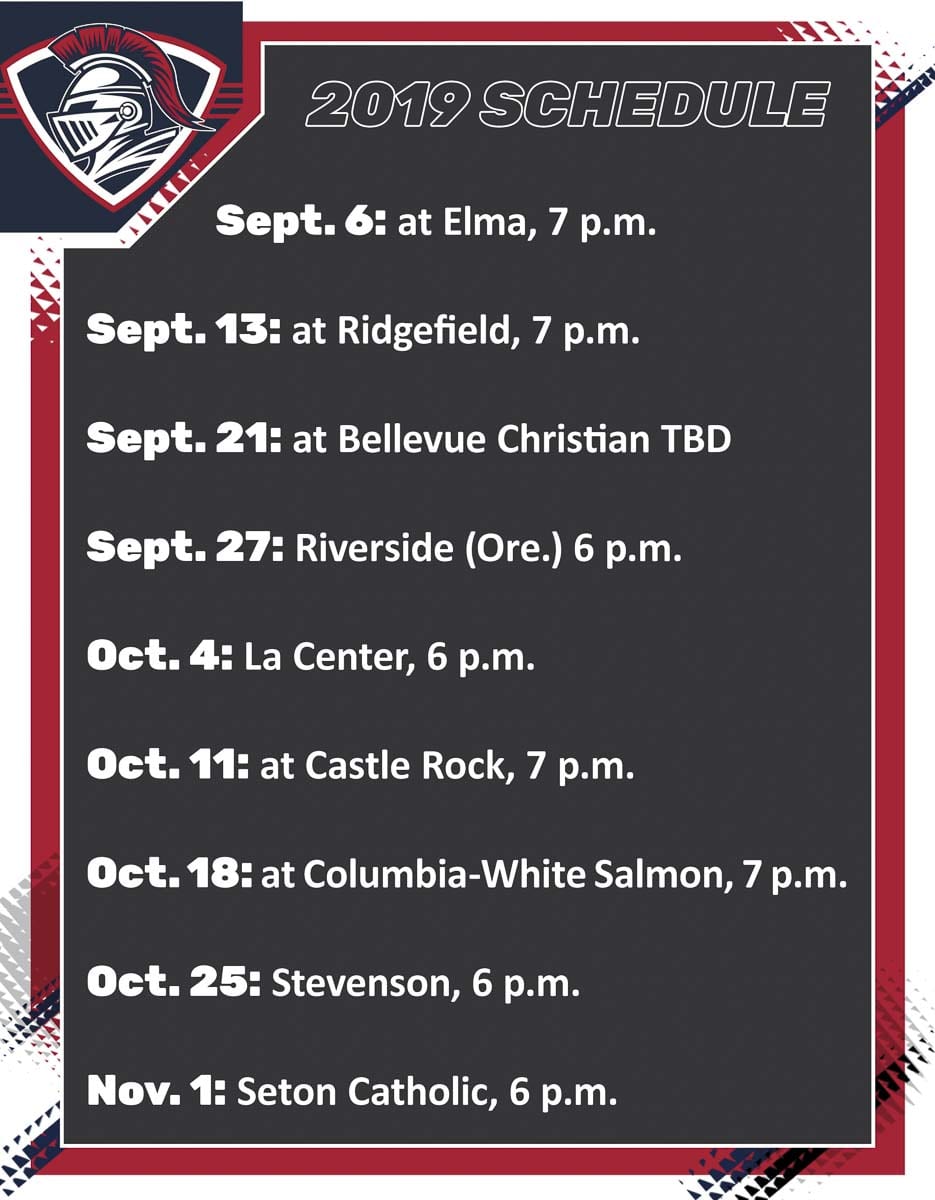 Nothing to lose, the Knights say, but everything to gain. The Knights did not win a league game last year, but did gain a bunch of experience. Now they want to take the next step.

Bailey Meek. Put the work in the weight room. The defensive end and offensive lineman is 6-foot-3, 235 pounds. He is dedicated to improving himself by watching film and always asking how can he get better.

Kemper Shrock. At 6-foot-5, this quarterback can sling the ball. He’ll put up big numbers, plus, his coach proudly says, Schrock gets it done in the classroom. That matters to this program.

The team is truly becoming a program. Older guys are inviting freshmen to the workouts, showing the younger players what it takes to be successful. “As a second-year head coach, that’s what I want,” Rodriguez said. “Accountability. Commitment. It’s super exciting to hear about it, to see it. The guys are fired up to get better.”

Kemper Shrock. A senior, this is his time to really shine. A long-time starting quarterback, the position demands leadership skills. He is taking that to another level this year, learning more and more about the game in order to put his teammates in the proper position to succeed.

Bryson Metz. “This kid has been blessed by the thumb of God,” Rodriguez said. Now a sophomore, he was a first-team wide receiver last year. That was only the beginning of what should be a tremendous career. Only 140 pounds, but he is built and super fast.

Mason Packer. The utility guy of the King’s Way Christian offense. Can be a tight end. Can line up in the backfield. Or slot receiver. Maybe even wide receiver. One of the smartest players on the field. Also a linebacker.

Connor Delamarter. Breathes and lives football. Expect a break-out season on offense for this running back. He also plays linebacker.

Bryce Dodge. A tight end and defensive end, and the pick as the school’s athlete of the year for the past two years. A true scholar-athlete, he is a straight-A student.

Bailey Meek. Gained 20 pounds of muscle. He is a leader and a future captain. Just scratching the surface of what he can do as a defensive end. He turned heads at Western Oregon’s camp.

Tayler Shega. Brings a nastiness, but in a polite way, the coach said. A guard on offense and the team’s middle linebacker. Should lead the defense.

“My expectations are high. We want to try to compete and try to be better men in the future. Let’s be great football players, but let’s be better men,” Rodriguez said.

Biggest Games on the Schedule:

The Knights are not afraid to say it. La Center is circled on the schedule. The Knights say it is a privilege to accept the challenge of taking on La Center. The game is Oct. 4, and it is the first league game of the year for King’s Way Christian. Rodriguez said the Knights have the mindset that that game is for a league title.