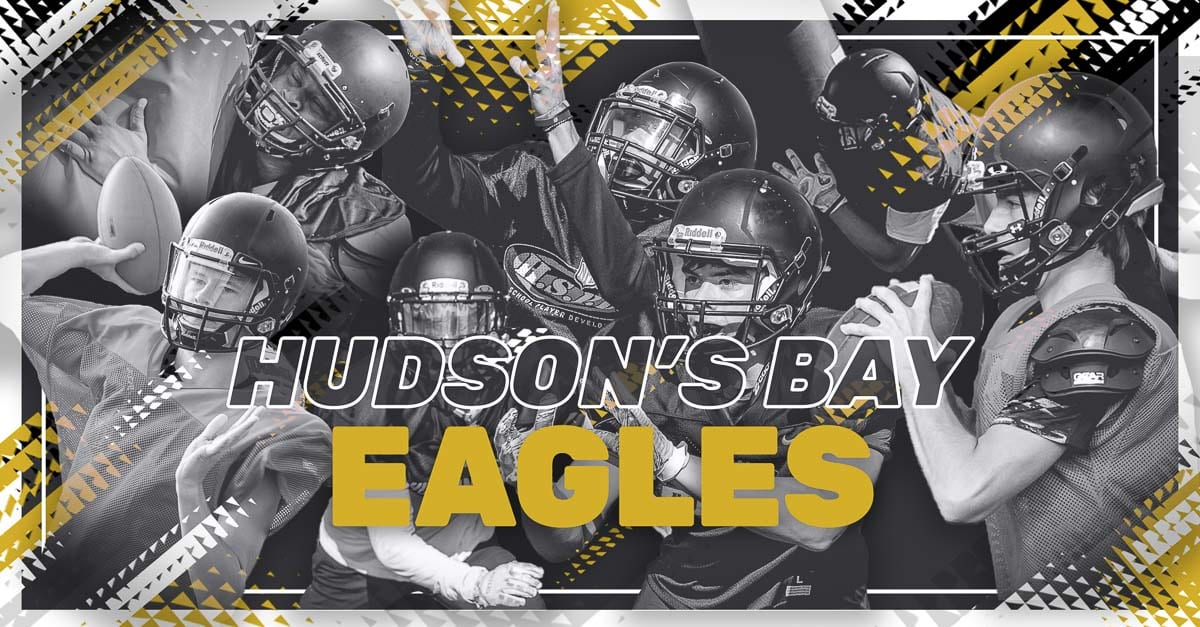 Even after a tough season, the program is maintaining its participation numbers. That is a huge development considering just a few years ago this program was in serious trouble. Around 40 freshmen signed up for spring and summer ball. For the second consecutive summer, the Eagles had more than 80 players on the practice field. “We’re reaching the athletes in our school,” Lions said. 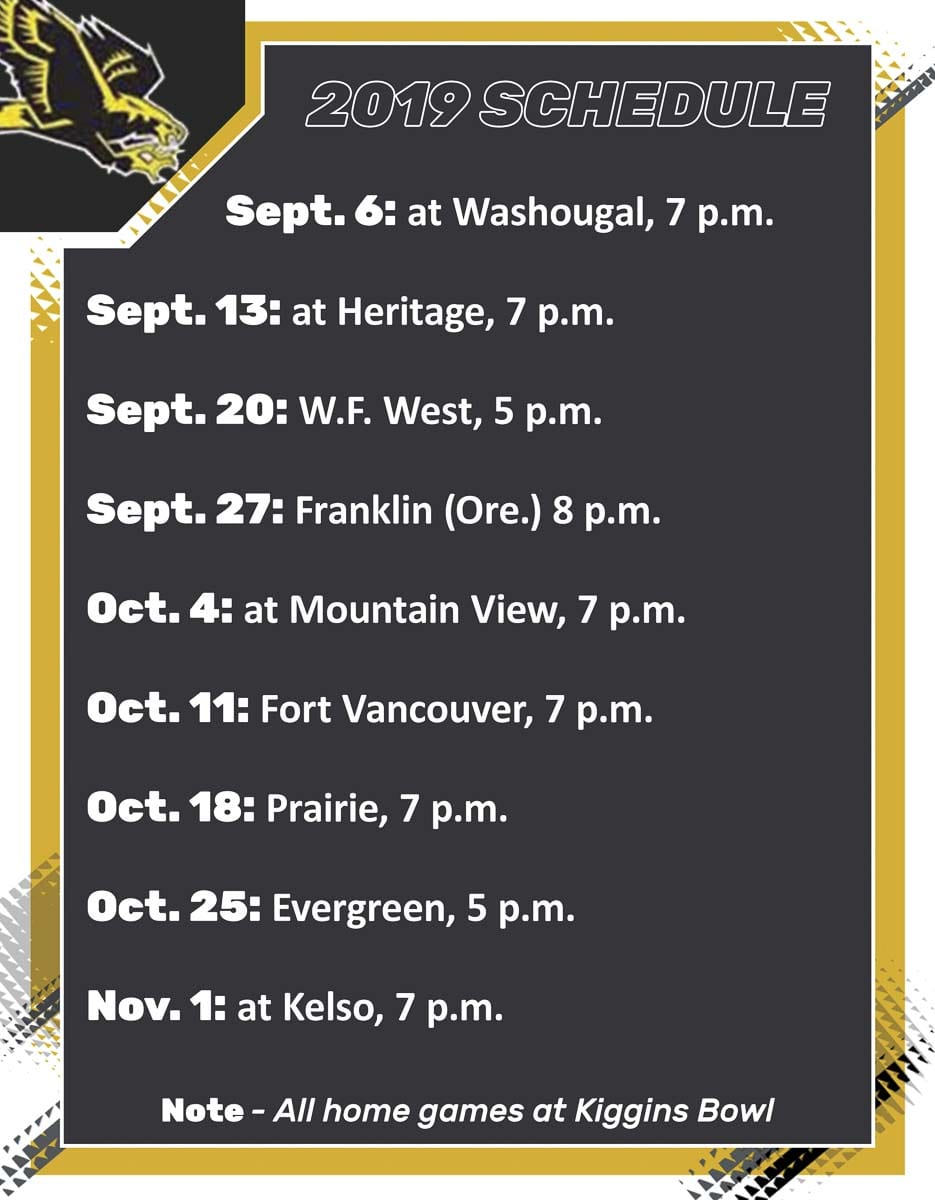 The Eagles slipped a bit last year after back-to-back strong campaigns. And those strong campaigns came after the program seemed to be on life support. A tough year cannot change the fact that this program is more stable than it has been in years (see above). With that said, this year’s group is young. The Eagles, based on numbers and another year with Lions as the head coach, should be better in 2019 but …  Mountain View is still the team to beat, Kelso is always competitive, and Prairie seems to be on the rise. The 2019 season will bring a tremendous challenge for the Eagles.

Josh McDonald, a 6-foot-1 athlete who plays wide receiver and defensive back. Lions said McDonald improved a ton simply due to the work he put in this offseason.

Hayden DeGrandpre, a junior, has seen his conditioning and strength improve – again, due to his dedication over the summer.

The Eagles took 58 players to camp this summer. The coach asked a few players if they still enjoy the experience at football camp. They told the coach that they look forward to it every year.

As of last week, the Eagles had not yet decided on a starting quarterback, but they love their options. Dylan Damos is a sophomore, so even if he doesn’t start this year, he has a bright future ahead of him. Then there is Austin Real-James, a senior who has moved to Bay from Fort Vancouver. He brings experience. He also is tall, allowing him to see over the linemen.

McDonald. A wide receiver, but the coach is particularly excited about his defense this year. He moved from safety to cornerback. Coach said he would put McDonald’s man-to-man skills up against anyone in the league.

Mateo Varona. Not a household name … yet, because he’s only a freshman. He has impressed coaches so much don’t be surprised to see Varona getting some key touches as running back right away as he begins his high school years.

Devontay Moore. Another big wide receiver and cornerback. Going to be a junior. Will be a threat on offense.

Jaden Lewis. A senior, he is a speedster. Will play wide receiver on offense, then put him at safety or linebacker, depending on need, on defense.

Hayden DeGrandpre. Could put him as a lineman (offense) or skill player (defense.) But with his family name (his older brother dominated as a lineman) we’ll put him here. Strong on the line, but could also be a beast at linebacker.

Derek Barnes. He brings power and explosion. An unstoppable player, the coach said. At 6-foot-3, 280 pounds, he causes havoc as a defensive lineman.

Gabriel Ortega. Only a sophomore, but he has a veteran’s mentality. He is just getting stronger and meaner, the coach said. In a good way, of course. He is an old-school lineman. Probably will play center this year.

Malek Mabrouk: Equally effective as an offensive and defensive lineman. He is 6-foot-3, 270. Very physical, who uses his great wrestling skills on the football field.

“Everyone else is going to say how young we are, how inexperienced we are. That’s true. But no reason we have to play like an inexperienced team. I’m pretty optimistic. Maybe too optimistic. I truly believe we can put a quality team out there and compete.”

In league play, just about every game is big for a team trying to find its way into the playoffs. But which one? Let’s go with Prairie. The Eagles are 1-2 against Prairie in the past three years, winning one by three points and losing twice by two points each.