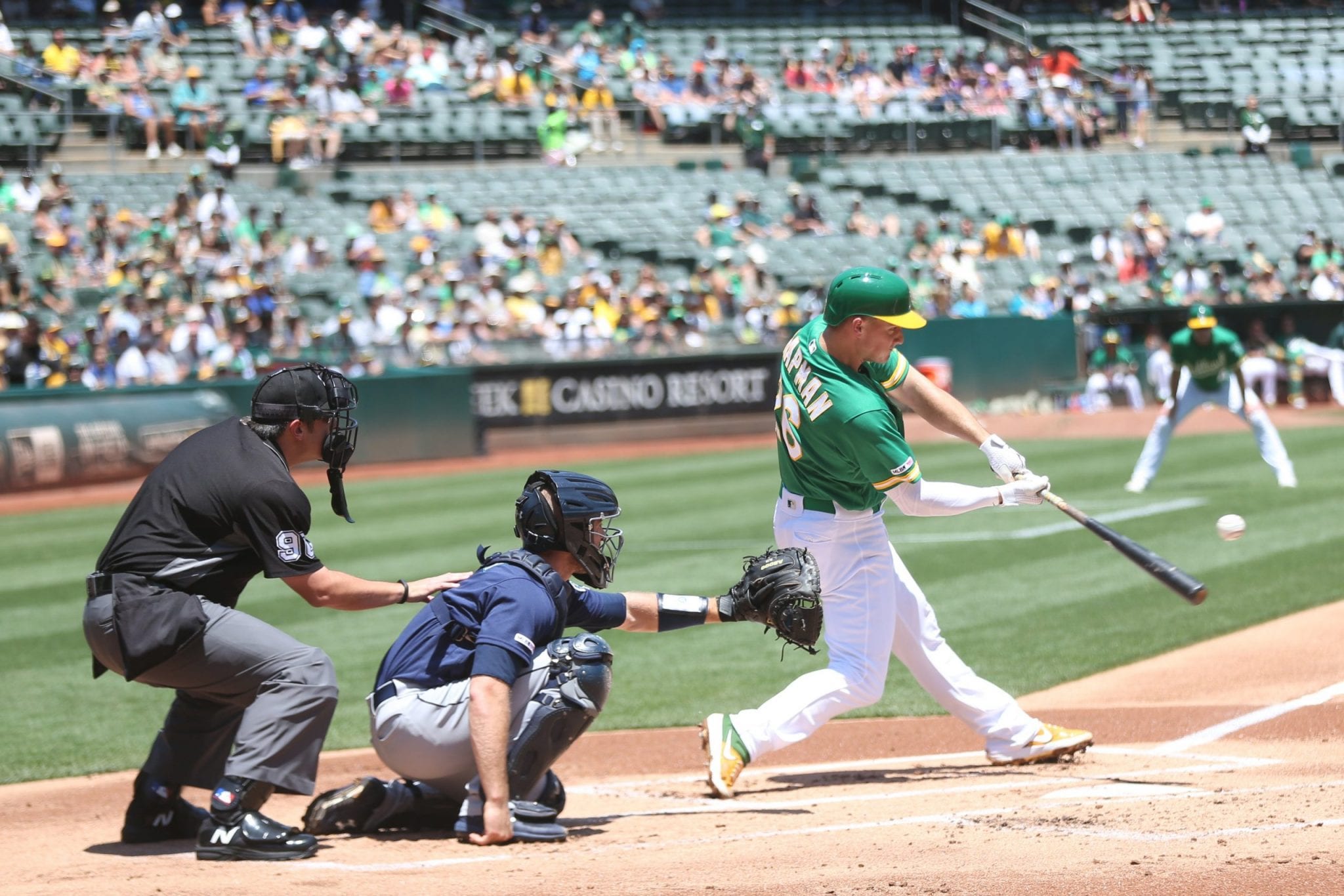 Even in the aftermath of a loss that could end up costing them in the race to host the AL wild-card game, the party raged on in the Oakland Athletics clubhouse.

Why not? For the second straight year, the A’s have found their way into the postseason.

“It feels amazing. It feels like this is becoming a habit. It’s a good thing,” drenched outfielder Mark Canha said.

Oakland wrapped up a playoff spot before first pitch, but missed a chance to move closer to hosting next week’s wild-card game when closer Liam Hendriks gave up two runs in the ninth inning of a 4-3 loss to the Seattle Mariners on Friday night.

Oakland is tied with Tampa Bay for the two wild-card spots at 96-64. Oakland holds the tiebreaker if the teams wind up even, meaning the A’s would host the Rays on Wednesday night.

Oakland sealed its postseason berth when Cleveland lost to Washington. Many of the A’s exchanged a brief set of hugs and high fives in the dugout after the Indians loss went final.

The real party was still to come, even if it came after a loss. And for the second straight year, the party took place in Seattle, home of the team with the longest playoff drought in baseball.

“That’s pretty much why we play the game is to get an opportunity to play in the postseason,” Oakland starting pitcher Mike Fiers said. “Obviously we set our goals to win the division, that didn’t happen, but as long as we’re in we have an opportunity to make some noise. We can’t ask for anything more than that.”

Seattle put a damper on some of Oakland’s party by scoring twice with two outs in the ninth. Shed Long’s RBI single scored Mallex Smith with the tying run and J.P. Crawford followed with an RBI double to win it for the Mariners.

Hendriks (4-4) blew his seventh save of the season. Seattle tied the game at 3 on Long’s two-strike single up the middle. Smith singled with one out, moved up on a pair of wild pitches and jogged home on Long’s hit.

Crawford followed going the opposite way down the left-field line and Long used his speed to score from first.